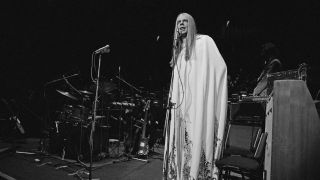 In the wake of the Progressive Music Awards, there seems to have been a renewed appetite for re-appraising prog as music that operates with no inherent rules.

This is so good an approximation of the manner in which progressive music works, that even Steve Hackett picked up on it in a recent edition of Prog. And surely this is a far better blueprint for the music we all love than any simple regurgitation of something that has beendone before? ‘Aha!’ might cry the naysayers [of which prog seems to have twice as many as any other genre], ‘but surely a re-recording of Journey To The Centre Of The Earth is simply regurgitation of that which has gone before?!’. They’d have a point.

Coming on the back of Hackett’s own Genesis Revisited II project, it might be easy to tar both of these releases with that same sceptical brush, were it not for two outstanding facts. One is the prolific work rate of both musicians in the modern age, the other that both works add something new to the original pieces on which they’re based. Sure, there will always be detractors, but much in the same way that Hackett has revitalised a huge section of the Genesis back catalogue, making it a viable proposition for a newer audience [one need only take account of his entry into the album chart at Number 24 to see he went some way to succeeding], so Wakeman’s updated Journey… invests that classic work with a new zest.

Of course let us not forget that the original was a live album recorded at London’s Royal Festival Hall in January 1974. The London Symphony Orchestra demanded double pay if both performances were to be recorded, and Wakeman, who had mortgaged much of what he owned just to cover the night, couldn’t afford both. Only one was recorded, resulting in a botched version of The Battle section, which was duly copied and used twice on the original. Here we have Wakeman’s first ever studio version, brought into being after the long-lost original conductor’s score resurfaced.

Given the advancements in technology, Wakeman can now record the whole thing as he envisaged it, with extra music to boot. Should he have? As the original wasn’t a studio release, one is tempted to think, why not? Having listened time and again to the new version, the answer is a resounding, yes!

Much like prog rock itself, if you wrote an explanation of just what this project was about, most people would either say you were insane, or simply laugh the idea off. And hell, maybe Rick is a little crazy, but that, aligned with his unimpeachable talent, is what makes him, and Journey To The Centre Of The Earth, such a vital part of the progressive rock firmament. It’s worth remembering that A&M practically threw him out of their UK office when he delivered the original to them and told him they wouldn’t release it; fortunately, label co-owner Jerry Moss, based in the States, had a little more foresight.

Like the original, this is, by turns, preposterous, pompous and profound. Of course, these are all positives in prog land. This new version bristles with a vitality this reviewer has sometimes found missing on the original. It sounds superb, a perfect blend of nostalgia and modernity. Wakeman’s English Rock Ensemble imbues the music with new energy, while the orchestration from the Orion Symphony Orchestra is lush and bouyed by simpatico.

The mix, done at Abbey Road, is dense and colourful, sparkling with life. Peter Egan’s narration is bold and elegant, and Ashley Holt – alongside Wakeman, the only performer from the original – handles his vocal parts sturdily. Best of all, however, is Hayley Sanderson, sometime vocalist for Think Floyd (and the voice behind Something In The Air TV ads for TalkTalk). Her reading of Echoes, one of the new songs featured here, is stunning – the composition itself is also a perfect reminder that aside from all his prog bombast, Wakeman can still pen a considered tune when the muse strikes. On paper it may look as if this project simply wouldn’t work, but the reality is that it does, and it’s nothing short of a triumph.

FIVE SONGS ON WHICH WAKEMAN GUESTS