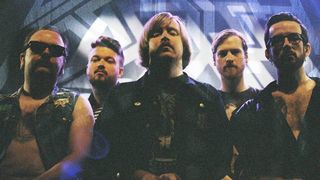 The song is taken from the band’s upcoming new album So Far So Good So Cool; their fifth full-length album since they formed 10 years ago.

The song, which merges Cheap Trick-esque power pop with Jay Reatard-style vocals and lashings of harmonies, is the third to be released from the new album, “combining the best from our musical heritage, adding an unbridled level of energy, and mixing it to create something wholly unique”.

So Bad So Good So Cool is due for release on April 6, via Jansen Records.