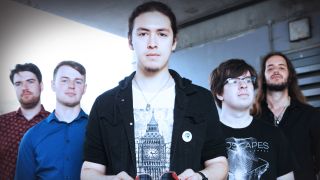 KYROS have streamed the whole of their forthcoming new album Vox Humana with Prog ahead of its release this Friday.

The band, who previously released released a self-titled debut album as Synaesthesia on GEP in 2014, charged their name to KYROS in 2015. They released a single, Cloudburst, earlier this year, following it with the double album Vox Humana.

“We’re really happy to finally release our much anticipated double album Vox Humana,” say the band. “For the longest time, we’ve been looking forward to letting other people hear this music that we have poured all our hearts and souls into. A lot of work has gone into this album so all I can say is I hope that the listener enjoys what they hear. We’re currently working on plans to tour the album Springtime next year, so we hope to see you on the road.”

Vox Humana can be pre-ordered at the band’s website.