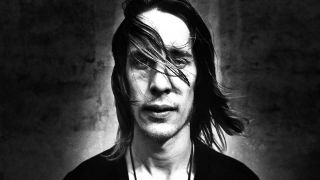 Amore appropriate title for Todd Rundgren’s signature 1972 hit Hello It’s Me might have been Goodbye, It’s Me. That would have prepared fans for the 45-year, 30-plus-album restless quest for musical reinvention that followed. If he has taken a few questionable turns and gone down creative cul-de-sacs along the way, one thing is certain: Rundgren’s career has never been boring, and for him that’s success. “I don’t like formulas,” he once said. “And I’m personally incapable of following them anyway.”

Born in 1948 near Philadelphia, and steeped in that city’s soulful sounds, Rundgren said he was “fated to become a musician”. His apprenticeship with The Nazz and two low-key singer-songwriter albums quickly gave way to a wildly prolific run through the 70s and 80s, during which he released landmark records such as Something/Anything?, A Wizard, A True Star, Hermit Of Mink Hollow, Adventures In Utopia and Nearly Human.

The constant in his evolution – from pop to prog to new wave to electronica – has been his masterful songwriting. No matter if he was writing beautiful ballads such as It Wouldn’t Have Made Any Difference, 30-minute experimental suites like The Ikon, ferocious rockers such as Trapped, or silly pop ditties such as Bang The Drum All Day, he couldn’t hide his enormous gift for melody (Rundgren once wrote in the foreword to a songbook collection: “These are songs that would’ve been hits if I hadn’t subverted them…”) and lyrics that addressed the human condition with a curious mind and heart.

Aside from his prowess as a composer, Rundgren is one of rock’s most original producers, with a résumé that includes Badfinger, New York Dolls, Grand Funk Railroad, Cheap Trick, XTC and his biggest success, Meat Loaf – Rundgren says the multi-platinum Bat Out Of Hell album helped finance a decade’s worth of his own audio and video projects.

Rundgren was also a pioneer for enhanced CDs and online delivery. His 1995 album The Individualist, for example, was one of the first to be offered for sale over the internet, where subscribers could download the music before it was released in stores.

"Go ahead, ignore me." So teased the ad for this “twin pack”, showing the 23-year-old Rundgren holding a match to several sticks of dynamite.

As career explosions go, it’s undeniable. Rundgren recorded all day at LA’s ID Sound and all night in his Nichols Canyon home, writing, producing and playing every instrument (only side four has other musicians).

The results – jangly pop (Couldn’t I Just Tell You), screaming blues (Black Maria), musical comedy (Song Of The Viking) and hit singles (Hello It’s Me, I Saw The Light) – unleashed a prolific imagination and pointed the way to boundless exploration.View Deal

While everyone else was swooning over Something/ Anything?, Rundgren dismissed it as “musically lazy” and “too formulaic”. And so, with the help of magic mushrooms and his newly built studio, Secret Sound, he dug deeper, striving to “map the chaotic musical element” in his head.

From International Feel to Never Never Land and Just One Victory, it remains an achievement on a par with Sgt. Pepper’s and Innervisions.View Deal

"I was born to synthesise, energise and catalyse," Rundgren sings on Born To Synthesize, a song that could double as a career mission statement.

Although he would strike a balance between prog complexity and pop commercialism on several records with his band Utopia, his sixth solo album provides the most satisfying blend. Side one’s concept, about the evolution of consciousness, is challenging and soulful, with gems Real Man and Fair Warning.

This is the most accessible and focused example of Rundgren the songwriter and auteur.

After a break-up with his girlfriend Bebe Buell, Rundgren left NYC and holed up in Woodstock, letting his introspection lead the way to deeply affecting songs like Lucky Guy, Determination, You Cried Wolf and the hit Can We Still Be Friends.

In a career full of brilliant vocal arranging, album closer Fade Away stands as a high point, with its one-man choir counterpoint melodies. When you want to introduce friends to the wonders of Rundgren, this is the album you should suggest.View Deal

Utopia started in 1974 as the prog-rock offshoot of Rundgren’s imagination, then evolved, shedding stylistic skins and group members.

It reached its peak on this near-perfect pop album, featuring standouts Second Nature, The Very Last Time and the hit Set Me Free. It was also as democratic as Rundgren would ever be, sharing songwriting and vocals with multi-instrumentalist bandmates Kasim Sulton, Roger Powell and Willie Wilcox.

The supporting tour showcased what a formidable and charismatic live band this was.View Deal

After spending most of the 80s riding the crest of the technology wave, embracing – and often pioneering – video and digital recording techniques, Rundgren went back to basics, cutting tracks live in the studio.

For each song on this album, he and backing singer (and future wife) Michele Gray assembled super groups, with musicians from Utopia, The Tubes, the E Street Band and Bourgeois Tagg.

The result, especially on Parallel Lines, Fidelity and Feel It, captures the same kind of living, breathing soul orchestration of Marvin Gaye’s What’s Goin’ On, which was a key inspiration throughout.View Deal

A late-period major work. The concept of lies – from the small fibs we tell ourselves, to endless political and media spin, to handed-down spiritual myths – provides Rundgren with a canvas on which to bring 40 years of compositional experience to bear.

Although the subject matter on the album is serious, the music is some of his catchiest in years, from the soul swoon of Sweet to the electronica-in-space of Afterlife to the arena rock of Mammon.

Released some 12 years before Trump and his culture of mendacity, this record still sounds completely prophetic and, unfortunately, topical.View Deal

In 2006, when Rundgren took an unexpected detour fronting the New Cars with original members Elliot Easton and Greg Hawkes, he was candid enough to call it “an opportunity to play to a larger audience with musicians I like, have some fun and pay the bills”. But it seemed a long-overdue acknowledgement that early-80s Utopia were the forgotten band of the new wave.

As melodic, smart and angularly stylish as Squeeze, Elvis Costello or The Cars at their best, this overlooked album gave birth to shoulda-been-huge hits such as Hammer In My Heart, I’m Looking At You, Bad Little Actress and Feet Don’t Fail Me Now.View Deal

Multitudes of Rundgrens had been a trademark of his albums since Something/Anything?, but here he put down all instruments and let his layered voice carry the whole show.

Starting aptly with Blue Orpheus, inspired by the myth of a young man who could charm the birds from the trees with his voice, it’s an inventively arranged and performed tour de force, gathering in doo-wop, Philly soul, gospel and Gregorian chants.

This was three years before Bobby McFerrin’s Don’t Worry, Be Happy made ‘a cappella’ a household term. As usual, Rundgren was miles ahead of the curve, and the record remains a forgotten gem.View Deal