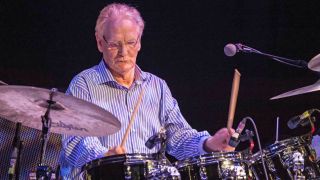 Following last year’s London Roundhouse show a year after Jack Bruce’s death, this edition of the charity fundraising concert sees a different line-up tackle many of the songs written by or associated with the former Cream bassist/vocalist. This is what it taught us…

The first kiss is often the sweetest

Tonight is somewhat lacklustre by comparison — perhaps because it’s very much a repeat performance — but, perhaps inevitably, without the same gravity, intensity and sense of occasion.

Starting more than half an hour late probably doesn’t help, especially towards the end when things start being rushed and there’s an air of mild panic.

There’s no such thing as being over-rehearsed

When musicians get together for all-star events like this one, or even just when it’s someone putting in a guest appearance live, far too often it’s a car crash waiting to happen, and far too often that’s because someone decides that either they’ve done sufficient rehearsing or that as professionals they don’t need to – they know the song and they’ll “pick it up”.

Tonight they just about get away with it, with just a couple of endings – it’s always the bloody endings – coming close to falling down the stairs and taking a few reputations with them.

After the legendary grump’s petulant and embarrassing display last year, throwing his sticks out of the pram and storming off stage, this year an exclusion order seemed a dead cert. But tonight it’s a humble, frail-looking Ginger who walks gingerly to the mic, talks a bit about his pal Jack, apologises for being able to play for only a very short time due to ill health, then thumps out a mesmerising Afro beat for just a couple of minutes. He gets one of the biggest applauses of the night and leaves the stage with dignity and with his World’s Grumpiest Man reputation in tatters.

It’s not the big names who make the biggest impression

Ginger Baker, Billy Cobham (the only significant no-show), Mick Taylor, Trevor Horn and Steve Hackett might have been some of the stars on the bill, but apart from Baker’s most of the highlight performances come from elsewhere. Guitarists Dave ‘Clem’ Clempson delivers another slew of wonderful guitar solos, drummer Corky Laing (Mountain/West, Bruce & Lang) puts in a gloriously tub-thumping shift on Sitting On Top Of The World, Politician, Keep It Down and more, drummer Dennis Chambers (Santana, Parliament Funkadelic, John McLaughlin) gives a highly impressive masterclass on Cream’s Deserted Cities Of The Heart and an otherwise rather sloppy Sunshine Of Your Love. The best performance of the night, however, is arguably Scottish singer Maggie Reilly’s quite beautiful delivery of Rope Ladder To The Moon. Credit too to ‘ringmaster’/bassist Malcolm Bruce and MC/vocalist Pete Brown for bringing it, and then holding it, all together.

It was very much a ladies’ night

Along with Reilly’s star turn, Lulu showed real class fronting the ensemble on Sunshine Of Your Love, and both Eddi Reader (Never Tell Your Mother She’s Out Of Tune) and Jack’s granddaughter Maya Sage (on the outstanding and terrifically atmospheric Out Into The Fields) gave show-stealing vocal performances with verve and panache.

Yes, but it isn’t free for the audience, some of whom have paid £100 and some of whom will perhaps have left feeling a little bit short-changed after watching a show that could quite easily – more rehearsal, fewer performers, a better choice of songs – have been so much better.

Why not? So if you’ve got a bit of spare cash burning a hole in your pocket and feel like giving it to a good cause, consider giving it to Nordoff Robbins and/or Jack’s favourite local charity, East Anglian Children’s Hospices and feel that warm glow that comes from having done a good deed.