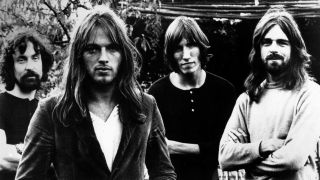 With the release of his new solo album, On An Island, David Gilmour can look forward, instead of looking back (as he’s forced to do every time the umpteenth Pink Floyd reissue or compilation comes along), for the first time since 1994 and the release of Floyd’s last – and, we can safely say, final – studio album, The Division Bell.

With Floyd having sold millions upon millions of albums over a period of almost 40 years, Gilmour has long been in the financial position to do exactly as he pleases. Which has meant, for example, being able to leave 22 years between his last solo album About Face and the new On An Island.

Gilmour is looking good these days. He admits he has lost about 22 pounds and jogs daily in order to stay fit. “I even had a hard time getting into my double-decker biplane,” he says. “Life is strange. When I was in my twenties I tried my absolute best to go through life in the unhealthiest way possible, and now it’s taking me even more effort to get in shape again. The horrific side of growing older, I think.”

Besides hunting and fishing, flying has an important place in your life. You’ve even built a runway in your back garden…

I have dozens of beautiful classic aeroplanes, and what could be finer than to get into such an aircraft in your own backyard on a beautiful day and just take off? Those moments in the air briefly give me the feeling that I don’t exist. Sometimes it’s better than playing guitar. In a double-decker you sometimes are literally floating between Heaven and Earth.

It was a big surprise to nearly everyone when last year at Live 8 you and Roger Waters were together again on the same stage.

It was Roger who always turned his nose up at a band reunion. The difference between me and Roger is that I can only hold on to vengeful feelings for a short time. With him it apparently takes somewhat longer. I was very happy he didn’t say no to Live 8.

Did you feel a sense of relief when, after that, you put the Pink Floyd era behind you for good?

Oh, liberation. I’m still in close contact with Richard [Wright] and I also talk to Nick Mason regularly. It’s not true that we can’t stand each other, so there isn’t any sense of relief or something.

In the last few years you haven’t really given the impression of being a very happy guy. During the last Pink Floyd tour, even Nick Mason complained about your moody behaviour.

In the period with Pink Floyd, I was sometimes a rather grumpy person. The clashes with Roger Waters in particular had a bad effect on my behaviour. As guitarist, singer and songwriter, I contributed as much to the success of the band as Roger, but he didn’t want to admit that. Later, all the weight was put on my shoulders.

The theme of the songs on On An Island has something spiritual about it, even though you are an atheist. You express a lot of hope.

On On An Island I’ve gone back to my youth. During that time I was experiencing emotional isolation because my parents were more concerned with themselves than with their children. They were the kind of people who sent their little boys to summer camp while they went off to France or Italy on holiday. The moments of feeling totally isolated have now passed. As father of four young children, you hardly have any time for that.

Your current wife, Polly Samson, has been a huge help to you. Before you got to know her you had some serious psychological problems.

The 80s were a particularly difficult time for me. I’m now remarried and have four young sons, three of whom were born after the last Pink Floyd CD. Because of them I’ve been truly happy for the last 10 years living a simple, orderly family life, where I have to get up at seven in the morning to change the youngest’s nappies. In addition, Polly is a gifted lyricist who brings out the best in me. In the 18 months that we worked together on On An Island we have grown even closer.

Polly wrote some lyrics for Pink Floyd, now she’s the lyricist on more than half the songs on On An Island. Polly has been an outstanding writer her whole life, while I have never been that good with words. Sometimes I would read interviews with Roger and I was surprised by his eloquence. But he always told his own story, and had absolutely no plans to work the feelings of Rick, Nick and myself into his lyrics. Polly is my wife and the mother of our children. It is much easier for her to translate my feelings – certainly my happy feelings. With Pink Floyd you always had the feeling that we were living in a wretched world 24 hours a day, while most of the time we were having loads of fun with each other.

Would On An Island have been made without her?

I had recorded more than 150 ideas for songs on a mini-disc, and nearly two years ago I started work on them with Phil Manazanera. He lives next door to me, and we worked together on it every Monday. Finally, Polly worked it out so that we also actually worked towards a complete CD. She’s the one who made sure that I could focus on a project.

How autobiographical is On An Island?

As a person, you live on an island psychologically, but as a rock star you are also physically isolated. But I’ve let go of that last part. Last summer we travelled in a camper through the south of France like a regular family. Everyone feels that he or she is alone in the world at times. At birth and when you die, you are mentally and physically alone.

Do you find that the older you get, the more often you have to suffer emotional pain on your own?

Over the last few years many people around me have passed away. I turned 60 in March, and then you are really at an age when you’re left on your own more often, both physically and emotionally. My mother passed away a few years ago, and my sister is also gone. In addition, I have lost an unbelievable number of friends and colleagues. And that leaves gaping wounds.

You appear to be raising your young children in an unusual way. I understand, for example, that they are not allowed to watch television.

When I see how society is depicted on the tube, I really feel ashamed of humanity. I don’t want to expose my children to that. So we would rather watch the Marx Brothers together on DVD, something we can have a really good laugh at.

What, if any, is the future of Pink Floyd?

I never say never, but I have turned down an incredible offer to go on tour with the original Pink Floyd line-up. That is a real victory for me. At the moment I would be absolutely incapable of making another record with Roger and the others.

For more on David Gilmour, Pink Floyd and the making of The Endless River, then click on the link below.

Pink Floyd: The Making Of The Endless River