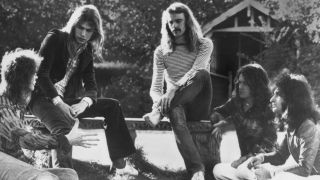 From The Yes Album through to Tales From Topographic Oceans, Yes’ capacity to assimilate and harness differing ideas and influences gives the impression of the albums being incremental, each one building upon the successes and lessons learnt from its predecessors.