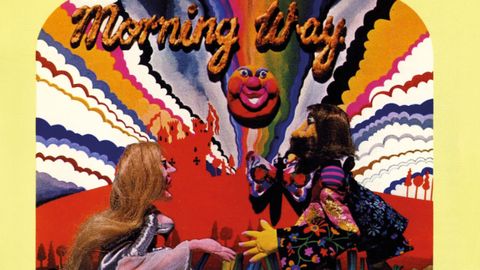 With her solo career thankfully rejuvenated recently, Judy Dyble is one of the most underrated British voices of the 60s.

After singing in the first album line-up of Fairport Convention and the pre-King Crimson Giles, Giles And Fripp, she hooked up with former Them guitarist Jackie McAuley to form Trader Horne (named after John Peel’s nanny). The duo secured a deal with Pye’s psych offshoot Dawn and released just one album. Morning Way remained a cult collectors’ artefact for decades before being hailed as an overlooked masterwork of the weird folk genre. Linked by atmospheric instrumental interludes, tracks such as Growing Man course with lustrous guitar-autoharp tapestries under the pair’s vocal harmonies (although bonus 45 track Here Comes The Rain sports a full band). Velvet To Atone and In My Loneliness are haunting chamber-folk classics, sounding old as the English hills as they spin their arcane magic. Adding flute and keyboard flavours, outings such as The Mutant recall early Crimson ballads. Now reissued to mark its 45th anniversary (along with a London show from the reuniting duo), Morning Way can now be appreciated as the timeless classic it is.