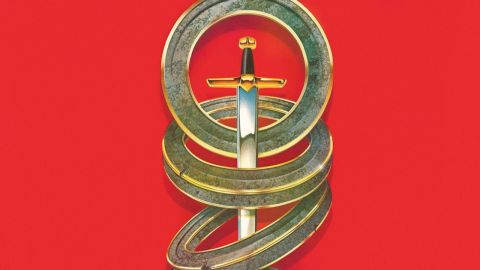 It was in late 1981 that the members of Toto realised they were in deep shit. The band’s first album had sold two million copies. The next two were nailed to the shelves. The ultimatum from their record company was blunt: “Make a hit record.” Anything less and Toto’s contract would be terminated.

What they delivered, in 1982, was one of the biggest hit records of that decade, and the band’s masterpiece. They would never hit those heights again. The three albums that followed, also included in this batch of Rock Candy reissues, were of varying quality and had limited success. But that one album – an era-defining, multimillion-selling classic – would go on to sustain Toto’s career for decades.

Toto IV (9⁄10) is not just the best album the band ever made, but it stands alongside Boston’s debut and Journey’s Escape as a landmark in the AOR genre. But there was something about Toto that set them apart from other AOR bands. For a bunch of white guys, they were pretty funky, and this was key to this album’s two monster hit songs. Rosanna, a US No.2, had an R&B groove partly inspired by Led Zeppelin’s Fool In The Rain. Likewise, a subtle, hypnotic drum loop was the foundation for Africa, the epic song that gave Toto their sole No.1.

However, in the wake of this triumph, there was chaos. During the making of Toto’s fifth album, lead vocalist Bobby Kimball was fired following a drug bust. And although he wasn’t the only singer in Toto – keyboard player David Paich had sung Africa – Kimball’s exit knocked the band off course.

As a result, their fifth album, Isolation (6⁄10), featured a new singer, Dennis ‘Fergie’ Frederiksen, whose high, sharp voice was not as soulful as Kimball’s. There were great songs on Isolation, such as Stranger In Town, Lion and the title track. But after the album failed to break the US Top 40, Frederiksen was out, replaced by Joseph Williams, son of composer John.

The 1986 album Fahrenheit (7⁄10) was a return to form for Toto, with Williams a perfect fit for the band, even if the album’s best track, hit ballad I’ll Be Over You, was sung by guitarist Steve Lukather, with Michael McDonald on back-ups.

In 1988 came The Seventh One (7⁄10), which was another high-class record. But Williams also had a problem with drugs, and in 1989 he too was fired. As Toto’s other keyboard player Steve Porcaro recently said: “In the eighties, we had a nightmare with singers…”