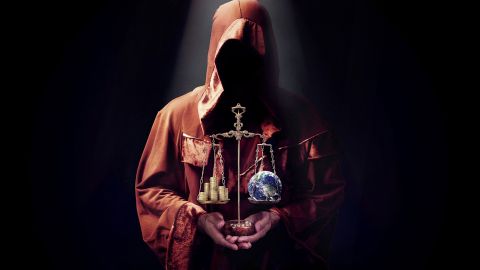 Profit comes five years after The Jelly Jam’s last album, 2011’s Shall We Descend, so you can’t accuse the trio – King’s X guitarist Ty Tabor, Dream Theater bassist John Myung and Winger drummer Rod Morgenstein – of banging this stuff out. However, their frustrating fourth album would have benefited from being slimmed down and given a bit more pace. The music shares many of the touchstones that identified their sound in the past, with hints of The Beatles in the melodies (but played with more chops) as well as occasional nods to Led Zeppelin. Yet it all wants for a sense of urgency.

Ghost Town, Heaven, Fallen and Stain On The Sun are all rather too steady-as-she-goes, and Tabor’s vocals are in constant danger of being swallowed up by the mix. He doesn’t have the biggest voice, and his passionless delivery of Stop feels at odds with the lyrical theme. The strongest cuts put the trio’s considerable musicianship in the spotlight – Tabor’s tasteful solo in Permanent Hold or Myung’s thick and knotty bass line in Memphis. The rich arrangement of Perfect Lines (Flyin’) suggests Tears For Fears while Strong Belief ends the album with a portrait of effective dynamics, but overall this is unexpectedly patchy.