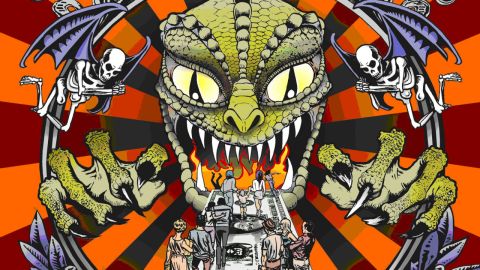 There’s a case for saying that the 1980s saw the real psychedelic era, and that the brief flowering of acid rock between 1966 and 1969 was a false dawn.

From LA bands like The Three O’Clock and The Rain Parade to the mental mandala flowering of Spacemen 3, there was never a better time to turn off your mind, relax and float downstream. This milieu spawned The Fuzztones, close kin to The Cramps, sounding as though they had overdosed on the entire Pebbles series at a Famous Monsters of Filmland convention.

Nearly 30 years on they have stayed true to the world of wobbly Farfisas, recording with all the needles in the red and the reverb up full, and songs about drugs and zombies. Change is for squirts.