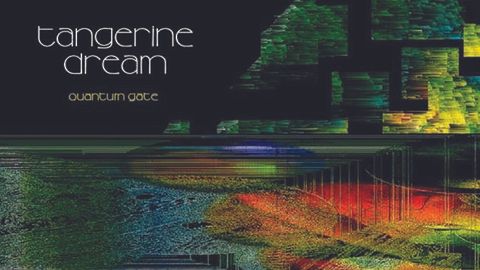 Now here’s something you may not have expected – a new Tangerine Dream album without the physical presence of founder Edgar Froese. Yet despite his death two years ago, the man’s vision is clear. The band’s leader and founder was determined that Tangerine Dream should continue without him – that way Froese would ensure that what he’d planned for the future would happen.

This is a fresh phase in the iconic ensemble’s ongoing career, one that Froese himself wanted to embrace the esoteric subject of quantum physics. And although he’s obviously physically absent here, nonetheless the music has his imprint, because Froese left behind extensive sketches as to how the album should be approached.

Thorsten Quaeschning, Ulrich Schnauss and Hoshiko Yamane – the musicians who are now guiding the band’s creativity – have taken on the challenge of bringing Froese’s artistic aspirations to reality. And they’ve done it with zest, desire and no little brilliance. But this isn’t just about the three delivering what their late leader would have wanted – they’ve also added in their own touches to give contemporary meaning to what is a tough subject to make palatable in a musical sense.

Sensing Elements opens up by giving the listener a taste of the band’s aspirations. It veers from ambient to claustrophobic, as the protagonists show they aren’t prepared to merely tread well-worn Tangerine Dream pathways, but are committed to making the electronic scope sound experimental, all while never losing sight of the fact that they intend to encourage you to willingly go with them on this journey into the unknown.

At times the presentation is terrifying in its alienation, as on Granular Blankets, while at others there’s an undercurrent of calm, most notably on Non-Locality Destination. Proton Bonfire has the whiff of turmoil masquerading as controlled musicality, a duality that’s evident throughout the album. The notion of presenting quantum physics in this form should be one of confusion. After all, it’s a subject that’s still puzzling the finest scientific brains. In this respect, Quantum Gate can be said to be the soundtrack to our wide-eyed ignorance while standing on the precipice of scientific knowledge.

This is a bridging album for Tangerine Dream, allowing them to make the transition from Froese’s dominant influence into uncharted waters. His presence is still obvious here, and the next album will be vital. However, Quantum Gate is an impressive celebration of both past and future.