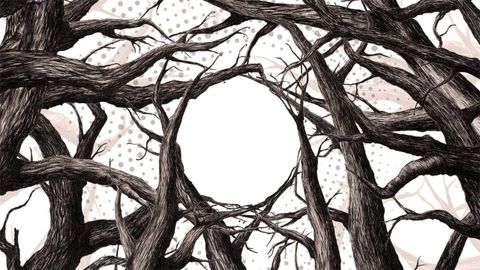 It's Hard To Have Hope

It’s been three years since Svalbard’s debut album and boy, is it good to have them back. Their previous record, One Day All This Will End, was a deliciously aggressive meld of extreme metal and hardcore, and their follow-up is just as destructive. There is no sheen, no polish – everything here is a visceral, honest outpouring of emotion, screaming straight from the heart of vocalist Serena Cherry. Starting with the absurdity of the unpaid internship market, each track tackles topics that affect the youth of today, from revenge porn to the ignorance of using the term ‘Feminazi’ – two phrases that have only recently become part of the cultural lexicon, but weigh heavy on Svalbard. This is not sloganeering, you can hear the passion bursting out of Serena, rekindling the spirit of punk with a message of truth.

Musically, Svalbard are exploring the more expansive avenues within the realm of black metal. While the frantic, snare-battering and uncontrollable aggression forms the backbone of It’s Hard To Have Hope, the Bristol four-piece have become masters of the build, allowing the music to expand and blossom into something more. Only one track is under the four-minute mark, giving the heaviness room to breathe and divert itself down shadowy alleys, creating cascading melodies like a waterfall of darkness. Backed by the throat-shredding vocals, oozing with a searing honesty rarely found in contemporary metal, layers of despair surround the pitch black abyss – it’s the sound of humanity circling the drain and one band’s reaction to it. Because Svalbard are just one band, with one voice, but they’re using it. They’re standing up for what they believe in, standing against all the bullshit that young people – particularly women – are facing in 2018. This isn’t your standard metal record; this album means something, and while focusing on the negatives of society, it offers a message of hope – something severely lacking right now.