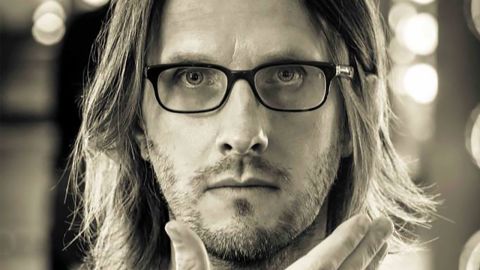 It’s testament to just how quickly and emphatically Steven Wilson has taken to flying solo that he now proffers this ‘best of’ collection. He’s no longer the guy behind Porcupine Tree: he is now a modern day icon, a cover-star and poster boy for prog’s 21st century generation.

As you might expect from such a perfectionist, this 13-track double-vinyl release (strictly limited to one pressing; you’ll need to be quick) has been personally curated by Wilson himself. He has plenty of tunes to choose from too, with four full solo albums to his name, from doomy 2008 effort Insurgentes to this year’s terrifically rainbow-splattered Hand. Cannot. Erase. (the collection’s released in the run-up to the second leg of that album’s tour). On Transience he elects to focus on his more accessible and infectious efforts, so those who only get their jollies from the meandering exploration of 23-minute opus Raider II may want to save their pennies.

Wilson’s genius, only seems to deepen with each release.

Wilson has never shied away from sorcering up superbly succinct, shimmering pop-leaning songs (he is a self-proclaimed ABBA fan, after all). Transience launches with a single edit of his 2015 tune of the same name. An interesting starting point, this lush acoustic, Storm Corrosion-channelling track is a genteel opener before Harmony Korine, a shoe-gazer that dissolves into some of the album’s heaviest moments, dials up the distortion. There are a few more obvious choices: the title track from his latest album – a peppy, radio-friendly rock salvo – was surely always a front-runner for inclusion, and it wouldn’t be a best of without Lazarus. Presented in a freshly tinkered with/previously unheard version, that live favourite is the only tune here associated with Porcupine Tree. It’s the more left-field choices on Transience that really awaken the soul, though. Insurgentes’ crepuscular Significant Other is a cunning inclusion that delves into a driving guitar blow-out, while his smoothed-out cover of Alanis Morissette’s Thank You is the collection’s real curve-ball. In true Steven Wilson style, the album features a smattering of new edits and the fourth side isn’t music, rather an etching of handwritten lyrics for Happy Returns. It’s all catnip to the completists and the vinyl connoisseurs, at whom Transcience is squarely aimed.

It may open the doors to new fans, and that would be a job well done, but one suspects that a more suitably complete retrospective will hove into view in the not-too-distant future. Until then, if you can get your hands on it, this is a timely reminder of the man’s genius – a genius that only seems to deepen with each release.