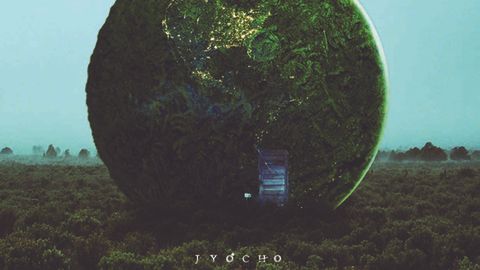 It’s been a busy couple of months in the experimental guitar world, but probably the most impressive release has been the new Human Pyramids album. The brainchild of composer Paul Russell from math poppers Axes, their contemporary orchestral pieces have seen the group perform everywhere from post-rock festival ArcTanGent to the West Holts stage at Glastonbury. With Home (self‑released), Russell builds on the work of previous LP Planet Shh! with an invigorating and uplifting set of tracks that will surely cement his reputation as a genre-blending mastermind. There’s often more than a hint of electronic proggers North Atlantic Oscillation – for example, on opener Louise – but fans of Mike Oldfield, The Flaming Lips and Mogwai, should such an intersection be commonplace, should also take note.

JYOCHO is the post-breakup project of Daijiro Nakagawa from Japanese math rockers Uchu Conbini, and their September mini album, Days In The Bluish House (No Big Deal Records) is a welcome reminder of just what a virtuoso-level modern guitar band looks like. While their debut release A Prayer In Vain picked up from where Uchu Conbini left off, this release takes the foot off the gas, representing a greater diversity of moods. As with fellow rising Japanese math poppers Tricot, the question of how they manage to fit vocals into music so intricate is anybody’s guess.

From Pune, India, The Reasonable Hope drop their first release, Reminiscences, (self‑released) in November, the post-rockers managing to clock up nearly 20 minutes over two tracks. Recalling early Hammock as well as Explosions In The Sky, their earnest and powerful music is a welcome reminder that more than perhaps most genres, instrumental music really does translate particularly well across borders and cultural boundaries.

Closer to home, Scottish instrumentalists Dialects release their debut album, Because Your Path Is Unlike Any Other (Through Love). Building on 2015’s mini album Let The Kids Light These Lanterns and extensive touring, this release finds them in fine form. While comparisons to genre heroes And So I Watch You From Afar are somewhat inevitable, Dialects are beginning to find their own sound. This is most evident on tracks such as Light Echo, which has a more modern, progressive rock vibe to it; the Mars Volta-like Lorentzian; and the mathcore-esque Escape Velocity.

Finally, Liverpool’s Kusanagi returned last month with Aeon (self-released), a sprawling and cinematic follow-up to 2015’s Yugen. The average track length is probably north of eight minutes, but the arresting instrumentals, which recall greats like Oceansize and Russian Circles, never disappoint. For a taste, start with the concise, electronic post-rock crossover track Repeat|Static|Movement before delving deeper into the fuzzy, 10-minute opener I See You.