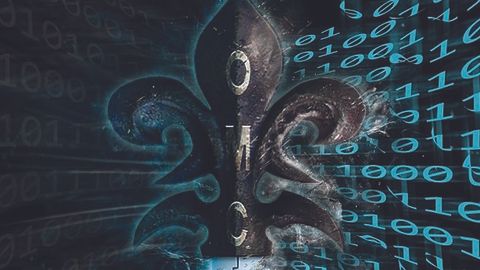 Geoff Tate’s post-Queensrÿche releases haven’t generated the career momentum he was hoping for, and that’s clear by the bottom-of-the-rung venues his band are set to perform in on their upcoming UK tour. Indeed, the two previous albums released under his Operation: Mindcrime moniker (essentially Tate with countless guest musicians) have been frustratingly lethargic. Perhaps predictably, the music on The New Reality is patchy. My Eyes hints at past triumphs, with assertive melodies and inventive vocal lines only hindered by a shackling production. There’s even a Kashmir vibe to All For What, which at least proves Operation: Mindcrime retain some ambition. Yet for all these relative, fleeting high points, the remainder of the album limps along painfully. The tired riff and off-kilter guitar on Wake Me Up makes you wonder if Vim Fuego of Bad News has been drafted in to the roster of guest musicians. The Fear is padded out with a bizarre drum solo, replete with David Bowie tribute-act vocals. The album ironically ends with a run-of-the-mill song entitled The Same Old Story, which provides a perfect epitaph to this trilogy of awkward disappointment.