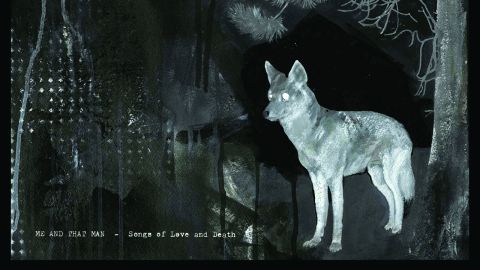 Pretty much as far away from Nergal’s day job as the creative force for extreme metal veterans Behemoth as you can get, his newly minted side-project will put more noses out of joint than Conor McGregor. Teaming up with solo artist John Porter, Songs Of Love And Death is an opus that follows the path forged by Nick Cave and Leonard Cohen – the title is a knowing nod to the latter’s Songs Of Love And Hate – and is rich with menacing murder ballads such as Ain’t Much Loving and My Church Is Black. Using a magpie-like approach when it comes to genres and sounds, their debut is peppered with country, Delta blues and folk flourishes and will likely earn Nergal a completely different fanbase. At its best when it’s at its most brave, Of Sirens, Vampires And Lovers is a trippy, synth and string-laden mixture of The Doors and the War Of The Worlds soundtrack and is simply stunning, as is the kids’-choir-led, haunting hymn Cross My Heart And Hope To Die, which has a hook that’ll stay embedded in your brain for months.