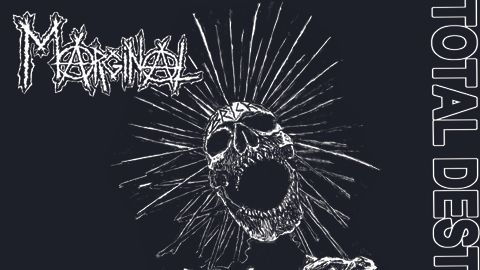 Getting to the point and doing it as quickly and directly as possible is this Belgian grind band’s calling card. They may borrow handfuls of rhythmic cues from the crusty d-beat world – and in the case of Useless Scum and the intro to Rat Kebab, they dip into the crushing, down-picked crunch of early Celtic Frost – but there’s a sense that if the band wasn’t barrelling along with their collective heads down along accepted punk/ hardcore/grind musical and topical tropes in Barbarians, The Violent Way, Fucked Up Society and Total Destruction, that confusion might rule the roost. “Keep it simple, stupid” a very smart person once said. Marginal have taken that motto to heed and heart. Chances are they won’t blow the listener away, but their manifestation of speed and power works just fine in the short term.