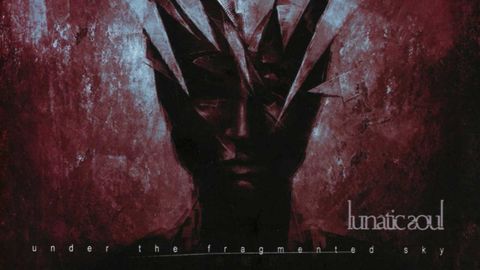 If Maruisz Duda’s last album under the Lunatic Soul banner, 2017’s Fractured, was an exploration of internalised grief in the wake of the deaths of both his father and his Riverside bandmate Piotr Grudzin ́ski, then this follow-up finds him slowly but defiantly attaining some kind of closure.

The eight tracks that make up Under The Fragmented Sky swim with a nocturnal ambience, but there’s a swelling urgency to them that was absent from its predecessor. Duda once again takes glitchy, sometimes hazy electronic music as his starting point, but this time around he introduces guitars, drums and the odd metallic clang that sounds like a spanner being dropped in an empty warehouse.

Typographically challenged opening track He av en sets the tone: a pulsing soundscape of chiming chords and wordless vocals that suggests a soul drifting through the ether. It’s startling and hypnotic, drawing you in without you knowing it.

Only half the songs feature vocals, some of which barely even qualify for the description. Trials is a swirl of skittering glitchy noise, evocative piano and skeletal guitar overlain with a repeated mantra of ‘I try so, I try so hard to pretend’ that’s simultaneously disconnected and utterly heartfelt as it builds to a finale that turns chilled out techno prog into something darker. No less unsettling is Sorrow, a 90-second long acoustic passage that mixes discordant background noise and a haunting falsetto keen into the mix.

There are songs here that approach the conventional. The title track, for one, ebbs with a narcotic bliss. ‘Down came the rain, broke the silence, tranquilised me, made me forget,’ sings Duda, like a man still processing everything he’s been through in recent years. Occasionally he even sounds like he’s having something approaching fun: a glimmer of positivity threatens to break out of The Art Of Repairing, with its heartbeat synths that evoke nothing so much as a gothic Giorgio Moroder. Duda’s plaintive vocals only appear towards the end of the track. Weirdly, the Vocoder effect that should come across as robotic and inhuman only makes them sound more human.

Despite the gloomy songtitles, the net result of Under The Fragmented Sky is anything but downbeat. By the time of the final track, Untamed, beams of light are beginning to break through the clouds. ‘So it’s done, you won the fight, war is over, you can stop,’ intones Duda gently.

It’s a conversation with himself, an instruction that life goes on no matter what tragedies befall you. As redemptions go, Under The Fragmented Sky is a triumph.