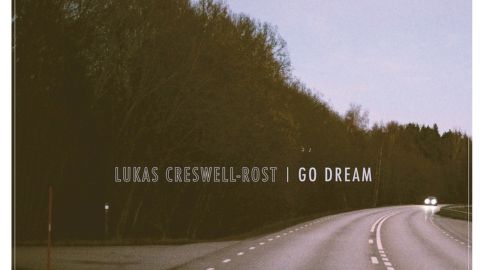 A sometime member of The Pattern Theory, Lukas Creswell-Rost writes stories from a self-proclaimed “misanthropic mindset”.

His new album concerns the darker side of the music industry. There are none of the usual prog preoccupations here. Instead, not one but two songs claim to allude to an air-rage incident involving Swedish shredder Yngwie Malmsteen and a spilt drink. The ethereal, Gruff Rhys-esque psych-prog of Week Of Warmth tells the tale of Welsh rockers Badfinger from the perspective of their financially untrustworthy manager. Meanwhile, Summer Of George is about Seinfeld’s troubled sidekick George Costanza. Fortunately, this jumble of ideas works. Across songs such as iridescent opener Foreign Movies and the prog-pop of Smallest Things, Creswell-Rost wields a delicate touch, his arrangements and ’80s-style synth flourishes reminiscent of Field Music and 10CC, but with a more folkish bent in places. There are plenty of surprises, and though not all of the songwriting shifts are entirely necessary, the combination of modern psychedelia, dreamy pop, meandering prog workouts and contemporary digi-folk clearly comes from the heart. Ben Myers