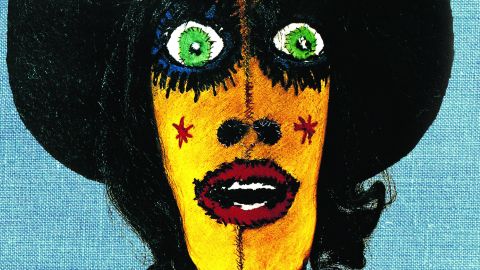 It’ll set you back more than 300 quid, so start saving now to get this as a Christmas present for the Mac fan in your life. Focusing on their early blues-based years with original members Peter Green, Jeremy Spencer, Mick Fleetwood, John McVie, Danny Kirwan and, later, Christine McVie, it finds lanky drummer Fleetwood in a thoughtful frame of mind.

The dates in the title are misleading as Fleetwood delves way further back, beginning with childhood photos, family snaps and memories of running away from boarding school. There’s a real sense of Swinging London during Fleetwood’ s roller-coaster journey through the city’ s music scene, via John Mayall’ s Bluesbreakers, to forming the band that bears his surname.

It’s told in the likeably frank tone of an old friend, but it’s all about the visuals here, and the look of the book takes it above and beyond your average autobiography. It’s crammed with large , glossy photos (including some cracking ones of sessions with BB King), artwork and concert bills, all beautifully laid out to coffee-table-worthy perfection.

There’s also input from friends and collaborators such as producer Mike Vernon to round out the story. One to leave in full view next time you have guests.