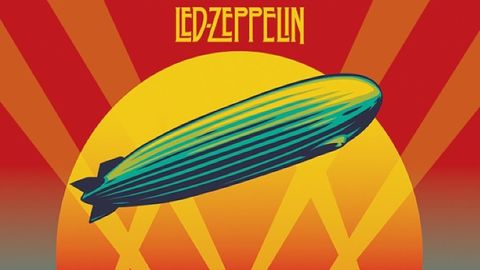 In the 1990s, Jimmy Page and Robert Plant recorded and toured as Page And Plant. As the album title Unledded suggested, they were

On that same tour they also played Shepherd’s Bush Empire and while that gig was pretty successful too, it didn’t feel like a mega-event. The second Page and Plant album sold indifferently and the partnership petered out. Fast forward to 2007 and by the simple dint of securing John Paul Jones’s services, as well as those of John Bonham’s son Jason, Page, Plant and co. could legitimately trade under the Led Zeppelin brand and, for that reason alone, interest was stratospheric. What’s in a name? In rock, everything, as Roger Waters chasteningly discovered when he parted company from Pink Floyd. No Shepherd’s Bush Empire this time. Some 20 million people were said to have applied for tickets for this show, of which just 18,000 were successful.

It goes without saying that it would have been better to have been at the gig than hear a CD or watch a DVD of it but that holds particularly true in Zeppelin’s case – their sound, so poorly reproduced in the CD era as a distant squall is, in the live context, an inflation, a barrage. Led Zeppelin is a massive organism of pure rock physicality, designed to flood an arena in a way that the surprisingly small-scale array of acts who get booked into the O2 nowadays, from The Fall to Pink, simply do not. You can be pretty sure that the O2 gig was a triumph; the recording of it is a little less forgiving.

On Good Times, Bad Times, the appropriate opener, Plant prudently takes his voice down a register – now those 1969 days are gone, he can’t quite scrape the raucous heights he used to vocally, certainly not over the long haul. Page’s guitar is less susceptible to time’s fraying effects, however, and on Black Dog he can, with a few deft, manual swishes, still tear down the roof with those crashing riffs. And on In My Time Of Dying, one of the highlights of Physical Graffiti, he squeezes and slides out the black stuff with the same moaning, erotically supercharged, heavy menace of the original.

His playing isn’t exactly exquisite, more of a tremulous rumble, inexact in detail, slipping and sliding. So, when it comes to Dazed And Confused, the mid-section works well in the initial stage of elevation and suspension, hanging in the ether like a grainy, analogue, linear image of a UFO. But that classic moment when he snaps out of the reverie with a thunderbolt of reverb feels rather less sharp and adeptly handled than on the version on The Song Remains The Same, or the bootleg takes of the track. It’s as if the old reflexes have temporarily deserted him.

Versions of Ramble On and Stairway To Heaven don’t quite work either, relying as they do on studio-created contrast between their bucolic acoustic and broadside electric elements. Here, rendered exclusively as electric numbers, they feel a little black and bleary. But maybe it was ever thus. John Paul Jones is given his due moments in the spotlight on keyboards, underpinning the breakneck boogie of Trampled Underfoot, driving Misty Mountain Hop and providing those submarine undulations that course through No Quarter, and he holds up as expected – a reminder that the Led Zeppelin canon could maybe have done with a few more such JPJ contributions.

Kashmir sees Jason gamely retrace his father’s tree-trunk drumstick rhythms. As for Plant, he still more gamely attempts to add a little muezzin, Natasha Atlas-style topspin to his vocal performance. The listener is invited to admire or cringe, according to taste. The gig’s head of steam is duly built up in its final furlong, with Whole Lotta Love and, finally, Rock And Roll, that most un-Zeppelin-like yet popular indulgence of nostalgia, in which the mood is one of palpable relief.

When it comes to reunions you can never say never, but this felt like absolutely the last hurrah for arguably the greatest rock live act of them all.