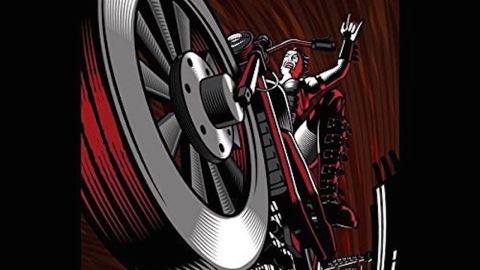 There was confusion as to the meaning of KMFDM’s mnemonic when they started in the 80s. It was suggested that it stood for the German for “the cow fears the cold hands of the milkmaid”, but in fact it means something like “no pity for the majority”. Founded by Sascha Konietzko and Lucia Cifarelli, the group began as an art project but evolved into the sort of beast that results when heavy metal and synthesizers interbreed.

On one level, Rocks is a straight-ahead, head-slamming, electro-Goth cranial assault – Kunst, Animal Out and Amnesia see them head into battle over and over on imaginary, charred, computer wargame scenarios, bearing the same weapons of metal guitar and sequencers, steel balls out, crying havoc and anarchy. It’s the sort of stuff that has pounded from the floorboards of adolescent bedrooms in subsequent permutations since 1990.

However, (Still) Sucks, remixed here by Konietzko, shows KMFDM have a mordant, ironic streak. ‘Our music is simple, it’s totally fake/It’s done by machines,’ they boast, showing that they were always informed by the arthouse mischief of their origins. Further remixes of A Drug Against War and WWIII upgrade the originals while retaining the steel beams of their period charm.