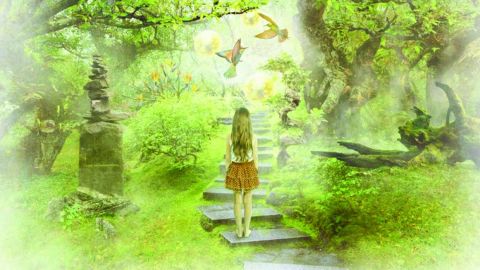 The passing of time and changing personnel have done nothing to take the wind out of the sails of Swedish veterans Kaipa. Keyboardist Hans Lundin is the only member left from their 70s incarnation, but they’re not afraid of exploring different sides of prog’s heritage, even as their sound remains rooted in the genre’s golden era. Where 2012’s Vittjar leaned towards their folk proclivities, both 2014’s Sattyg and now Children Of The Sounds drink heavily from the cup of Yes, with classical allusions, epic songs – the shortest one here is almost seven minutes, the longest over 17 – and marvellously detailed compositions. Perhaps the shift away from pastoral fields reflects the influence of Per Nilsson, whose guitar work throughout is fluid, articulate and always melodic. When vocalists Patrik Lundström and Aleena Gibson blend their voices in harmony on the title track, you could be forgiven for thinking it’s Jon Anderson. On The Edge Of New Horizons sees Karmakanic drummer Morgan Ågren dusting off his best Bill Bruford licks with his jazzy cymbal work, and the whole album has an upbeat energy that suggests it was recorded with sunshine streaming through the studio windows. This is proper prog and no mistake