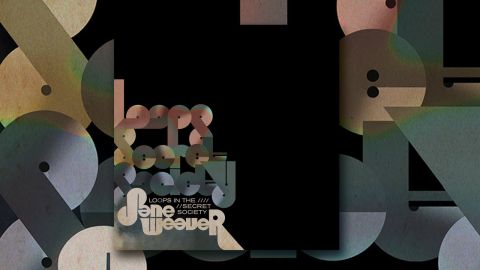 Jane Weaver’s latest transmission from the void is a journey both back through time and into the future, featuring songs from her previous albums The Silver Globe and Modern Kosmology remixed and reimagined into a seamless whole. The inspiration for it comes from a series of shows she did last year where she set herself the challenge of performing sans band using just drones, tape loops, custom-built vinyl discs and her voice. As the sole creator of the music she makes in the studio, she wanted to assert her authorial vision in a live setting as well, lest anybody think she was merely the frontwoman for other’s ideas.

This was entirely in-keeping with the modus operandi she’s followed for over 20 years now as a solo artist, eschewing the path of least resistance to pursue her own muse, honing her melodic instincts and gradually immersing herself in the arcana of psychedelic folk, electronic exotica and Eastern European film soundtracks. All these influences bubbled over, along with a previously hidden love for the interstellar chug of Hawkwind, on 2010’s The Fallen By Watchbird, the album which kick-started the trajectory she’s been on ever since.

Yet if The Silver Globe and Modern Kosmology displayed Weaver’s skill at taking space rock’s sonic template and alchemising it into something new and exciting, then Loops In The Secret Society distils these base materials even further, often stripping the songs back to just their vocal melodies and words before swathing them in swirling cosmotronica, as though freshly forged from inside the Big Bang.

Opening track Element rides in like a voyager from the depths of space, conjuring images of glowing nebula and dust clouds at the dawn of creation as Weaver’s heavily reverbed voice coos in approval. Propulsion gradually emerges, as looped synth arpeggios and then the pulse-racing bass and snares of the motorik beat fade up, the krautrock ur-rhythm that never gets old. Groups such as Can and Neu! became popular again during the time of rave because their music induced the same feelings of transcendence and loss of self as acid house and techno, something that Weaver also understands and builds on here. The noise and beat draw you in, while her voice comes through in waves, a guiding presence in the cosmic darkness. But what’s clear from the outset is that this is a long-form trip you must surrender to in order to fully appreciate.

Throughout the album, songs melt into each other, connected by a series of ambient synthscapes so that the power of the drone is ever-present, like background radiation from an exploded star. Perhaps Weaver is trying to break down the way we subconsciously hear music as basic mathematical formulae, and instead encourage us to experience it on a level more akin to the loops and spirals of fractal equations. As with all great kosmische, there’s the sense of boundaries dissolving and new channels opening, music as an access vehicle to a different state of consciousness.

That’s not to say the listener is completely cast adrift. One of the side-effects of deconstructing and simplifying the design of Weaver’s songs is that her words come to the foreground in a way they sometimes didn’t in their original setting, revealing an artist struggling with big, existential questions. The fast, nervy heartbeat of H>A>K> is like a journey through the inner space of a body, rushing through blood vessels and arteries. Weaver murmurs, ‘I can’t tell you where you’re going,’ but hints that there are clues everywhere if you just look, ‘disparate lines, cords into connections.’ Perhaps the album’s key lyric comes on the glorious reverb-laden future pop of Did You See Butterflies?, where she sings, ‘I’ve been trying to find another map,’ one that doesn’t just show the workaday reality we often find ourselves in, but offers a route to somewhere more meaningful.

Sometimes there are hints of a beautiful but icy fatalism creeping in. The minimalised Slow Motion is still achingly poignant, and the line, ‘Stop listening to people whose agenda doesn’t feel good,’ could be a call for us to come to our senses and reject the worldview of post-truth demagogues and online trolls. But she follows it with the quietly devastating, ‘Sometimes everything’s amazing, then the silence reminds us we are lost.’ And on the pagan invocation of Ravenspoint, all hand drums, sitar and high strings, Weaver bluntly declares that, ‘We’re on our way to dust.’

Yet that’s not the over-riding vibe of this ecstatic, celestial album. Instead, it’s about the soft radicalism of exploratory music, the positing of a stranger, better world – the ‘secret society’ we could all be a part of if we wanted. As the psychology of the modern era becomes ever more oppressive, it’s a message that’s worth holding onto.