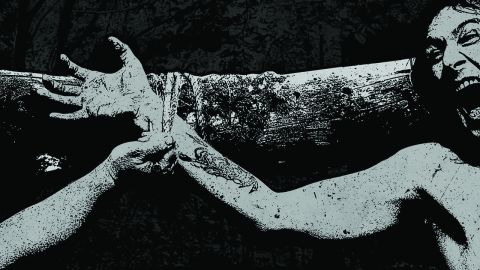 Dutch thrash maniacs Inquisitor have returned from the grave with a second full-length album a mere 21 years after the highly regarded Sabbath Of Lust. Originally formed from the ashes of semi-legendary deathsters Desultory, Inquistor evolved into death metal monsters Centurion (then Nox) so you know they have some serious pedigree. And boy, do they deliver on that promise. Taking cues from some of the 80s’ most savage LPs, you’ll find hints of Sadus, Dark Angel, early Pestilence, Kreator and Protector amongst breakneck time changes, savage riffing, vocals rawer than road rash and a tinnitus-inducing snare. The impressive Hate, Misery, Torture & Dismay neatly sets out Inquisitor’s thematic approach, Hammering Rusty Nails and On A Black Red Blooded Cross, too. You get the excessively violent picture. This is seasoned pros delivering a savage blast of top-notch death/thrash.