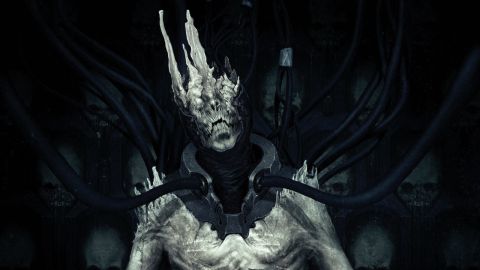 Buoyed by a small but effusive response to the two preview tracks they released in 2016, In Reverence arrive at the release of their full-length debut looking and sounding full of confidence. The Selected Breed is that rare beast: a debut album that sounds like the work of skilled veterans, replete with refined songwriting and performances that embrace passion and precision. Essentially a death metal album with epic and atmospheric trimmings, it taps into the sense of ruthless grandeur that fans of Behemoth and Dimmu Borgir will embrace. There are shades of Rotting Christ here too, but also more pointedly modern deathly strains, making it a possible bridge between the arcane oomph of underground extremity and the streamlined assault of Lord Of War and Oceano. On the title track, in particular, In Reverence show off their thrash chops to great effect, peppering an otherwise icy dirge with bursts of nimble-limbed aggro. A meticulously conceived and produced opening statement from a young band with big ideas, The Selected Breed is a genuine and scintillating threat.