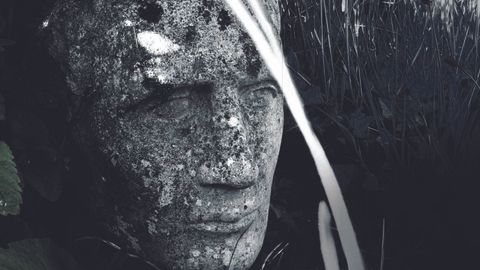 Grice Peters, a London-born singer/musician, has – unusually for a contemporary artist – retained a degree of enigma, despite acclaim for his post-pop art rock elisions on 2012’s Propellor and 2015’s Alexandrine. This new five-track EP sees him again joined by Richard Barbieri and Steve Jansen on the gently throbbing Cry, while BJ Cole, another semi-regular contributor, brings his pedal-steel guitar. If it’s slightly less majestically brooding than his previous releases, it still understands that pop music can be a vast edifice of warm, beautiful shapes, rather than a disposable prefab. It will appeal to fans of Japan and Tears For Fears, especially as Grice is a distinctive, ambitious vocalist. Like its influences, it grasps that the sleek chilliness of electronica is seductively balanced by bass sounds that possess personality, and this trick is demonstrated on the proudly happy-sad opener Change My World. Spirit Level revels in big splashes of drama while never losing its forward momentum; Cry is a caress of onomatopoeia, a lapping of waves reminiscent of Alexandrine; and Glass Séance is a brief, experimental ambient piece that’s anything but grey.