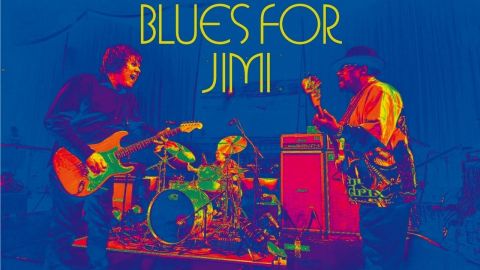 Performing directly after the 40th anniversary launch and screening of The Jimi Hendrix Experience Live At Monterey DVD at London’s Hippodrome in October 2007, Gary Moore had a hard act to follow. But Moore’s dedication, drive and searing tone was matched by

Just months after the original Monterey performance, in November 1967, Gary, then aged 15, had attended Hendrix’s one and only Irish show. The impression made was evidently profound – 40 years later, he recreated all the originals Jimi played that night in Belfast. Moore’s blistering determination to bring his own personal touch and devotion was there too, from the phosphorescent Purple Haze that opens and the superbly cranked Manic Depression that follows. As both vocalist and instrumentalist, Moore’s regard for Hendrix, not least as a composer, comes shining through.

The excellent rhythm section, Primal Scream drummer Darrin Mooney and bassist Dave Bronze, ensure an agile base for his explorations. However, there’s a palpable lift to an even higher plain when Hendrix vets Billy Cox (bass) and Mitch Mitchell (drums) take their places for an extended Hey Joe. Sheer class in scintillating action.