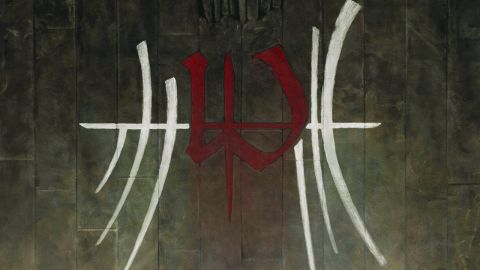 By clearing the historical decks with last year’s 25th anniversary shows, Enslaved were plainly edging towards a new chapter in their illustrious history. It’s remarkable enough that such a remorselessly creative and uncompromising band should arrive at their 14th studio album in such rude health, but the fact that the Norwegians sound so utterly revitalised, transformed even, on E suggests that we may only be midway through this most absorbing of metal sagas.

Opening epic Storm Son is a case in point: it sounds like Enslaved, of course, but in contrast to the nostalgic wrath of 2015’s In Times, this feels pointedly and powerfully new, bolstered by countless, fervently naturalistic changes of mood and pace. The River’s Mouth is a more straightforward, five-minute blast of misty muscularity, but once again Enslaved’s trademark sound appears to have been rebuilt from the ground up, subtly permeated by guitarist Ivar Bjornson’s Skuggsjá detours with Wardruna frontman Einar Selvik but also imbued with a wide-eyed questing for the next best way to explore heavy music’s untapped reserves of soul.

E reaches a startling peak on Sacred Horse: quite possibly the band’s finest song yet, it morphs from momentous fury to grandiose psychedelia before new keyboardist Håkon Vinje lets rip with a truly stunning organ solo that will have prog diehards foaming with approval. Axis Of The Worlds, Feathers Of Eolh and the closing Hiindsiight, with its warped doom tropes, squalling saxophone and tar-thick shoegaze shimmer, are all similarly extraordinary.

E is a joyous rebirth, a meticulous refining of a unique vision and, most importantly, one of 2017’s true masterpieces.