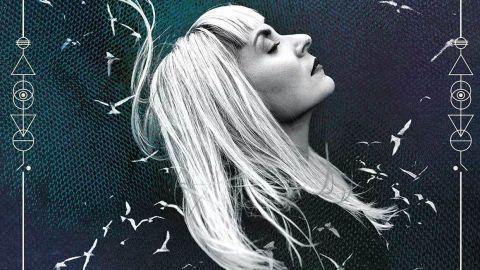 You might not have heard of Eivør Pálsdóttir before, but you’ve probably heard her distinctive vocals on the opening credits of the Viking TV drama The Last Kingdom, or on trailers for Game Of Thrones.

After a successful career in the Nordics, the classically-trained violinist turned solo artist is now seeking to conquer English-speaking audiences with a translated version of 2015’s electro-orientated Slør. Pálsdóttir has embraced folk, pop and trip hop, but her latest release is an album of two halves. Experimental, but accessible, Slør’s dark electronic beats bring to mind artists such as Portishead, Massive Attack and Depeche Mode, but its spine-tingling vocals are more reminiscent of Kate Bush. Poppy opener Surrender holds a mere whisper of the frosty tracks that follow, each evoking memories of Pálsdóttir’s childhood on the rugged Faroe Islands with lyrics drawn from the Nordic myths she grew up on. There are spiky beats on Broken, stormy waters on Salt and haunting atmospheres on Into The Mist and Fog Banks. Stunning closer Trøllabundin proves she’s far more than just a pop singer; this is intelligent and thoughtful music with just enough mystery to set her apart from her more populist peers.