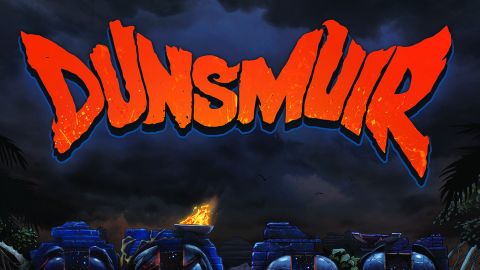 Bearded men (and women) around the world are very excited about Dunsmuir, and it’s not hard to see why.

When Clutch frontman Neil Fallon joins forces with legendary former Sabbath drummer Vinnie Appice, Fu Manchu bassist Brad Davis and guitarist Dave Bone (Fallon and Davis’s colleague in The Company Band), informed observers have to assume that great things are afoot: and so it proves, on a debut album that pulls off the neat trick of sounding exactly as you would imagine and yet still feeling fresh and vital.

Old-school heavy metal is the order of the day, but Fallon’s presence and reliably cock-eyed lyrics ensure that this never veers towards pastiche: instead, it’s a collective outburst of Neanderthal blood and thunder that never shies away from a catchy riff or a bellowed hook. Hung On The Rocks and The Bats (Are Hungry Tonight) are box-fresh anthems, rooted in decades past but delivered with plenty of contemporary bite, while Appice’s peerless cudgelling powers everything along. The spiritual link between the slow-burning What Manner Of Bliss? and Sabbath gems like Heaven And Hell is obvious, but in no way detracts from the fact that Dunsmuir arrive here with their own distinct identity. Dominated by succinct, three-minute fists to the chin, but peaking with Church Of The Tooth’s sinister blues crawl, it’s a triumph for experience and exuberance. Supergroups are generally abominable, but this one feels like a stone cold keeper.