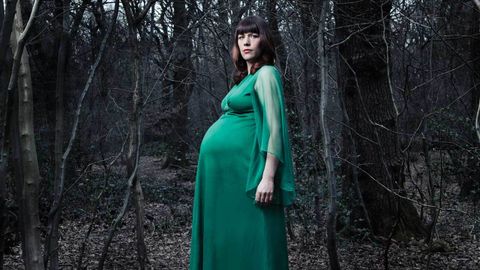 The pairing of Jarrod Gosling and Cecilia Fage might not be the most convenient musical union, separated as they are by a three-hour drive down the M1, but it’s clearly a winning one. Gosling will be familiar to prog lovers as one half of Sheffield dreamtronica outfit I Monster (as well as for his work with Regal Worm, Henry Fool and Skywatchers), while London singer Fage, who’s also an actress, filmmaker and ace clarinettist, has been a mainstay of The Maypoles, Matt Berry’s backing band, since the off (and she’s on the sleeve too, heavily pregnant with twins).

As Cobalt Chapel, the duo dispense with guitars and synths completely, electing instead to base these witchy songs around Gosling’s collection of vintage organs and the choral beauty of Fage’s vocals. It harks back to a golden age of weirdy folk prog, evoking the filmic reveries of Trees and Mellow Candle, or the outré imaginings of Judy Henske & Jerry Yester’s great Farewell Aldebaran. Ultimately, it’s marked by a very English otherness, from their gorgeous interpretation of John Tavener’s The Lamb to the seductive pastorale of Fruit Falls From The Apple Tree and the processional quirks that quicken the heart of Who Are The Strange. A rare delight from top to toe.