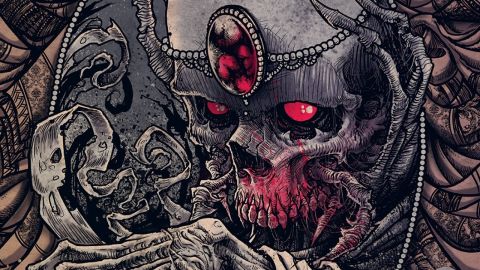 Carnifex have, like a fine wine or George Clooney, improved considerably with age. The breakdown-centric bluster that defined their deathcore in the early days has developed into something altogether more rounded. Sweeping, symphonic atmospherics, a more melodious approach to riffing and even some solos have rendered them less gut-wrenchingly boring than they once were.

Indeed, a brief hiatus has honed these instincts further and Die Without Hope is arguably their best work to date. Rib-cracking opener Salvation Is Dead sets the pace from the word go with Scott Lewis’s gnarled scream sounding like an irate kraken who’s just found out that someone is rogering his missus behind his barnacled back.

From there on it’s full-throttle, double-barrelled stuff with hints of As Blood Runs Black and The Black Dahlia Murder mashed into a package that has both venom and technical distinction to burn.

Carnifex aren’t exactly re-inventing any wheels here but they deliver more than enough breadth to make this a frenetic, blood-spattered listen.