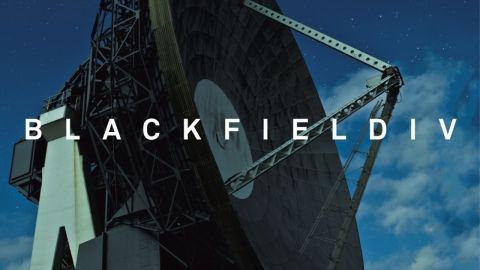 It says something for Steven Wilson and Aviv Geffen’s growing reputation beyond the prog scene that they can enlist the likes of Suede’s Brett Anderson and Mercury Rev’s Jonathan Donahue as guest vocalists here. Since they began their amorphous, ever-evolving collaboration in 2001, both have seen their careers steadily go stellar.

Geffen has played live with Placebo and U2, and worked with production legends Tony Visconti and Trevor Horn. As for Wilson, well if you’re a regular reader of these pages you’ll know the movements of prog’s busiest man.

Their fourth album is an emotionally heightened collection that by rights should further transcend genre confinements and simply be judged as a sophisticated set. It also sees Wilson take something of a non-touring back seat, with input now reduced to “a bit of singing, guitar, mixing”. Instead he is handing over the gauntlet to his collaborator.

Wilson’s lack of presence doesn’t matter greatly as in Geffen’s hands – and those of his accompanying Israeli musicians – the project seems to be flourishing nicely. In fact, Blackfield may even be benefitting from a more singular vision. The inclusion of Brett Anderson on Firefly especially makes complete sense when heard in the context of the high drama throughout – swooning melodrama is the Suede singer’s stock in trade, and here he provides a necessary counterpart to Geffen’s similarly delicate yet sinewy vocals. Likewise, the aforementioned Donahue’s contribution on The Only Fool Is Me is a thing of understated, string-laden beauty – a lullaby with shades of The Beatles, but which casually avoids the pitfalls of pastiche or sentimentality into which lesser artists would fall.

And then there’s the elegiac XRay, featuring Anathema’s Vincent Cavanagh, which provides a possible album highlight. But it’s a disservice to Geffen to focus entirely on his guests when his own songwriting arrangements are in fine shape. Widescreen opener Pills finds Wilson singing ‘There’s a pill for every hour/These days you don’t have to feel’ before reaching a soaring conclusion. Lost Souls meanders into that beige middle ground of epic guitar pop with which post-Britpop rock bands like Feeder – you know the types – hit commercial paydirt. Indeed, there’s a definite late-90s influence running throughout Blackfield IV.

Minimal closer After The Rain is the type of skittering ambient drum and bass that was heard soundtracking many an advert in that decade. Ultimately, this is a melancholic and heartfelt collection that is occasionally stunning and often uplifting. A progressive soul record of a different bent.