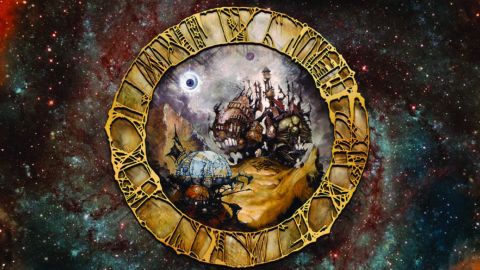 Considering that Arjen Lucassen began the Ayreon project over 20 years ago, it’s perhaps surprising that it took until September last year for it to make the transition to the stage. However, with the sheer number of guest musicians involved, a live performance couldn’t simply be thrown together. Instead, he’s waited until the material could be performed in a setting worthy of the music, and this typically bombastic live recording is the result. Taking a cynical standpoint, the use of guests usually equates to higher album sales, but when performed live, the variety offered by the 16 singers ensures that the set never lurches towards the predictable. Anneke van Giersbergen is as flawless as ever, notably on Valley Of The Queens, with Damian Wilson adding his distinctive panache to a number of songs. Those familiar with Ayreon’s sci-fi tales will no doubt adore the hammed-up delivery, but newcomers may find some of the narrated sections a touch too close to Blake’s 7 for comfort. Admittedly, cod operatics occasionally creep in, and the power metal approach is sometimes claustrophobic, but this album shows off the scope and ambition of the Ayreon project to date.