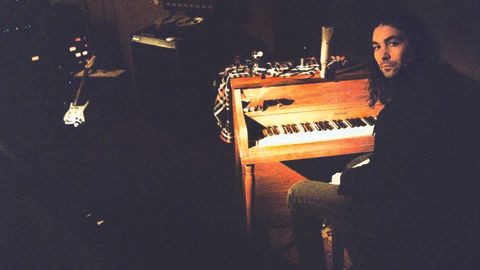 Three years since third album Lost In The Dream took them from nowhere (well, Philadelphia) to being so critically acclaimed that there was a backlash, **The War On Drugs **return with A Deeper _Understanding _(Atlantic). Adam Granduciel emphasises that it’s more of a band record, but its magic still emanates from his unique sense of feel. Few warp genres so brilliantly. Those who hear Krautrock or psychedelia in this music are right, yet so are those hearing Springsteen/Petty/ Seger/Knopfler. That shouldn’t make sense, but the best sounds rarely do. Laced with synth ripples and blistering guitar solos, these dreamy, chugging, surging songs effortlessly express torrents of emotions. As switch-to-major-label follow-ups go, this is a classic. They’re winning.

Also wobbling back to happiness are Blancmange, whose classic 80s electropop albums were recently reissued and who, since resurrecting, have stealthily reclaimed ground. Proof of the pudding emerges in Unfurnished Rooms (Blanc Check), which throbs from sweet to sinister, Neil Arthurtelling blackly comic Twilight Zone tales over analogue synths and juicy guitars, some from David Rhodes. What’s The Time matches anything Talking Heads ever did, while John Grant guests on the eight-minute Don’t Get Me Wrong. It’s co-produced by Benge, who is also the fantastic Mr Foxx’s partner in John Foxx & The Maths. They welcome us to The Machine (Metamatic), their dark, eerie soundtrack to a stage production of EM Forster’s sci-fi story. Nobody does creeping dystopia better. When they break loose (by their careful standards) on Transworld Travelogue, there’s a wave of jailbreak euphoria.

John Sinclair is someone who knows something about jail, the 75-year-old jazz poet having served time for marijuana possession after a 1960s spent managing MC5 and founding the White Panther party. His sage spoken words now dress the music and production of the ubiquitous Youth on Beatnik Youth (Iron Man). Hypnotic ambient noodles and Sinclair’s guile and growl make this a renegade masterclass.

The alchemy of **Wand **is hard to pinpoint. Plum (DragCity), the fourth album from the Los Angeles trio turned quintet, sees them embrace their expansion, venturing away from their previous spacey rock. The offbeat title track and Charles De Gaulle try on art pop, even yacht rock. Not everything sparkles here, but when it does, it’s peachy.

Decades (Diteli), a new album from David Palfreyman And Nicholas Pegg, is a true progressive rock curio, being a double concept album split into four acts, wherein the former’s songs, performed by Sarah Jane Morris and others, are linked by the latter’s narrative, which is recited by actors such as David Warner and Richard Coyle. A meditation on time and memory, its ambition is simply colossal.