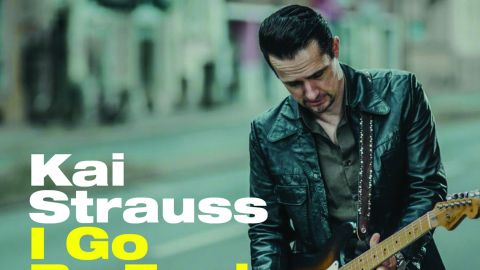 A German guitarist and singer immersed in the blues.

This production has some of the look and sound of a Delmark release, which may not be accidental because Strauss has worked with the singer, guitarist and Delmark recording artist Mike Wheeler. We haven’t heard him since he was with Memo Gonzalez more than a decade ago, but he has a heap of ‘played with…’ credits and a 2014 CBH album, Electric Blues, that we’d now like to hear, because he’s a first-rate blues guitarist – and it is blues, not blues-rock – who’ll please any devotee of Chicago or Texas styles of the last half-century. He’s also a more than adequate singer and an excellent judge of a song, even when it’s his own; A Fool Way Too Long sets a high standard from the outset. Guest spots by Wheeler, singer Tommie Harris and tenorman Sax Gordon enhance a very impressive album.