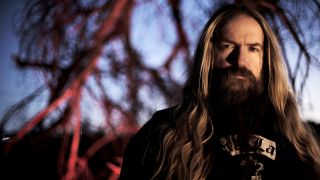 The Black Label Society mainman previously announced its released would coincide with the 20th anniversary of 1996 solo work The Book Of Shadows.

Now Wylde tells the Phoenix New Times: “We ended up having about 40 basic tracks we put down. It’s a matter of putting lyrics to them and finishing them up.

“I’ll probably start recording again before Christmas, doing some vocals, then try to knock out as much as I can in January – and the record should be done.”

In October, Wylde told Louder Noise that the project was an “acoustic thing” and “more mellow” than his BLS output, adding: “I’m always writing mellow stuff. Once I get done doing the heavy thing, I’ll sit behind a piano or pick up an acoustic. It puts you in a different state of mind when you’re writing.”

BLS play a short run of North American dates starting at the weekend.