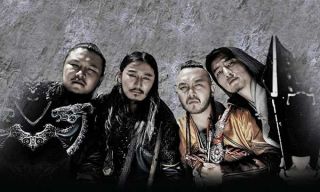 Mongolian sensations The Hu have released a film documenting their journey so far. The Hu: The Road To The Gereg premiered on the band's YouTube channel today.

The film looks back at the making of the band's debut album The Gereg, which was released as a deluxe edition set today, briefly returning the band to the top of the iTunes Rock Album chart and knocking Bob Dylan off the top spot in the process.

"I’m so thankful to The Hu for welcoming me, my words and my melody into this song,” said Hale of the collaboration. “I can count on less than one hand the number of times where a project has changed the course of my spirit and renewed my faith in humanity. This was one of those projects."

The film features previously unseen behind-the-scenes footage from life on tour, plus video sets and live performances. It also includes input from the band's collaborators, plus sections on Mongolian culture and the The Hu's unique customised traditional instruments.

The deluxe edition of The Gereg is out now.