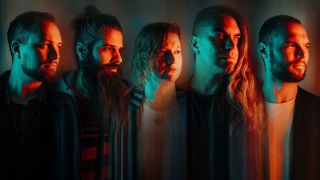 Voyager have revealed that their track Runaway was shortlisted for Eurovision: Australia Decides.

The band submitted a track in the hope they could be picked to represent Australia at the Eurovision Song Contest 2020. And although they weren’t successful, Voyager were recognised for their work on the TV show on Saturday night.

Frontman Danny Estrin says: “Growing up in Germany, Eurovision was part of my lifeblood when it came to writing music and performing.

“What started out in jest back in 2015 when some of our fans made a joke that we should contend for Eurovision: Australia Decides, has made a transition to a pretty odd reality for us.

“Each year we've submitted a track to Eurovision via the Song Portal, never imagining we'd ever get a look in as a metal band. But this year we had a call to say we had been shortlisted, and that we were invited to the live TV show.

“It was a pretty surreal experience for Ash Doodkorte and me, seeing ourselves on the screen and we'd love to thank of our fans for your constant support in pushing us beyond the realms of possibility.”

Estrin adds: “Metal music isn't hugely represented on national TV or daytime radio, but we'd like to think that we're one step closer to opening more doors for bands like us who are just trying to reach more people with our music. Who knows, maybe next year.”

A video featuring the track and an interview with Estrin from Saturday night’s show can be watched below.

Australia will be represented by Sydney vocalist Montaigne at this year’s Eurovision, which will take place in Rotterdam in May.