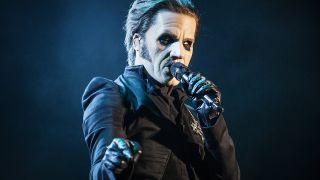 The UK business say the Swedish outfit are suing them over the name of their product as there’s “confusion between their gin and our vodka.”

The team at Ghost Vodka say: “Recently we were rather bemused to receive legal correspondence on behalf of the Swedish band and their lead singer, Tobias Forge, informing us of action they wish to take against us for making vodka.

“As if 2020 wasn’t strange enough already. We will keep everyone up to date with developments on this matter as they happen because, if nothing else, we could all do with a good laugh at the moment.

“We hope everyone is keeping safe at the current time. Our distillery will shortly begin producing our next batch of delicious vodka and we hope you can all enjoy one of our Ghost cocktails again once this madness has passed. Cheers!

"PS: don’t worry Tobias, the next batch won’t be releasing any rock albums either."

Ghost Vodka later uploaded another post to their Facebook account to clear up some rumours about the situation, saying: “No, we have never used the band’s image to promote our product.

“Yes, they are suing us solely based upon our name Ghost Vodka and the apparent confusion between their gin and our vodka."

The UK firm then posted an image of both products side by side, adding: “See if you can spot the not so subtle differences between the two products. No, it’s not OK if it’s your second cousin."

Ghost Vodka have also thanked people for their support, saying: “It means a lot. We’re a small business and this is the last thing we needed in the current situation.

“Once these clowns are out the way and and the lockdown eases, we look forward to getting back to doing what we do best; making damn tasty vodka.”