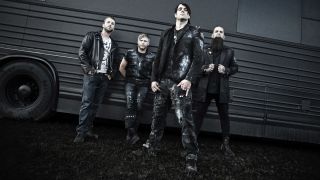 Three Days Grace have confirmed their fifth album, Human, will be launched on March 31.

The follow-up to 2012 release Transit Of Venus is their first with new frontman Matt Waist, brother of bassist Brad, who replaced Adam Gontier in 2013.

The album has been headed up by lead single I Am Machine. Drummer Neil Sanderson says of it: “We wanted to create a machine-like sound. Lyrically, the song is about how sometimes you feel like you’re in an endless routine and can’t escape.

“You begin to feel numb to the world around you as you yearn to just feel anything – any emotion.”