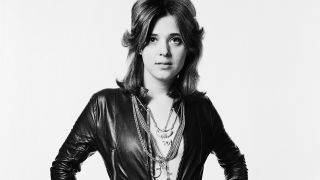 Liam Firmager’s documentary about the career of Suzi Quatro is set for a home release this summer.

Suzi Q will launch on DVD, Blu-ray and video on demand on July 3 through Utopia, with the film also set to hit cinema screens on July 1.

The documentary explores the 54-year career of the pioneering Detroit-born and UK-based vocalist, bassist and songwriter, who became the first female rocker to break into the mainstream in the 70s.

Suzi Q producer Tait Brady says: “Over the four-plus years making the film, the idea that Suzi's status had been forgotten in the USA slowly dawned on us – because in the rest of the world, everyone knows that she is the first and one of the most important trailblazers in rock'n'roll!