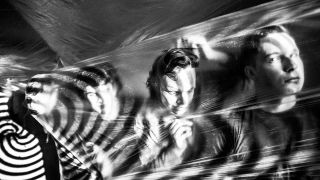 Kosmokoma is Steak Number Eight’s third full-length release, following up the acclaimed The Hutch in 2013. Bringing their own brand of sludgey post-metal out of the deep undergrounds for another round, Kosmokoma is “is a journey through the sound of our collective coma” (according to main man Brent Vanneste).

Listen to the collective coma below.