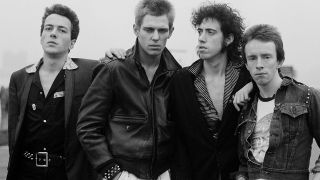 A new audio series charting the history of The Clash has been released on Spotify today.

The project has been produced by the streaming giant in partnership with BBC Studios and is titled Stay Free: The Story Of The Clash. It's said to examine “the rise, reign and ferocious self-destruction of one of music’s most prolific bands.”

It’s narrated by Public Enemy and Prophets Of Rage member Chuck D – and the first episode titled Lost Boys is available to listen to now.

Chuck D says: “It’s an honour heading up this new podcast Stay Free: The Story of The Clash. I was, and am, a big fan of their music. We were always tackling very similar social and political issues.”

Spotify have also released a trailer for the series which can be found below.