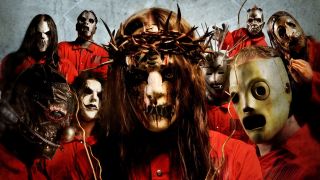 How Slipknot looked the first time they visited Japan in 1999.

Slipknot have recalled the culture shock they experienced when they first toured Japan.

As they prepare for the forthcoming Knotfest Japan next month, vocalist Corey Taylor and percussionist Shawn ‘Clown’ Crahan remember their confusion during previous shows in the country – watching the crowd go “crazy” as the band played, before falling deadly silent in between songs.

Taylor says: “What I always thought was funny was how crazy the fans would be during the songs – and then you could hear a pin drop between songs, because they wanted to hear everything that was going on.

“I didn’t understand that, coming from America and playing Europe… it’s always a barrage of crazy screaming. You’d get to the end of the song and – nothing. It was like, ‘What’s happening? Are we here? Did we do something wrong?’”

Clown adds: “I asked someone about it and they told me that Japanese people wanted to make sure that we had the quiet and rest that we needed in between songs. That’s too much.”

Corey says: “That’s so beautiful – it’s just the balance between the peace and passion.”

Watch the interview below.

Deftones, Marilyn Manson, Disturbed and Lamb Of God are among the acts to perform at the festival at Tokyo’s Makuhari Messe venue over the weekend of November 5 to 6.

In Pictures: Ozzfest and Knotfest join forces in California