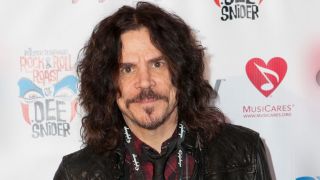 The former TNT frontman had only joined the band in April, after they dismissed Johnny Solinger following a 14-year stint with the band.

Harnell says in a tweet: “I’m sorry to inform everyone that I’m no longer the lead singer for Skid Row. I thank the fans for their love and support!”

He hasn’t provided any further information. The band are yet to comment.

Bassist Rachel Bolan said of the split with Solinger: “Sometimes things just end. People go in different directions and grow apart and you have to make a decision.” But he added: “He will always be our brother.”