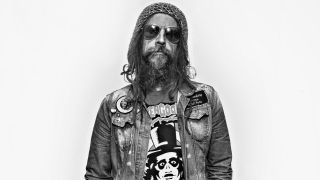 Rob Zombie has called out a fan who claims the singer has “no legit reason” not to reform White Zombie.

Zombie dissolved the group in 1998 after releasing four albums and has gone on to have a successful career both in music and film.

But when Instagram user Nevergotochurch told the singer that his reasons for disbanding the group made “no sense,” Zombie responded immediately, calling the fan out saying they knew “zero” about the situation.

The post has since been taken down from the site.

Nevergotochurch said: “Please, for the love of God, reunite White Zombie. The reasons you’ve given in the past for not wanting to do it make no sense.

“Reunions are beloved bands are totally welcomed and completely awesome – a White Zombie reunion has zero chance of being bad.

“I love you Rob, but I gotta be honest, I think the truth is that you just think you’re too good to pick up the phone, call up Sean Yseult and the guys and get that ball rolling again. Just do a White Zombie reunion. You no have no legit reason not to.”

Zombie responded: “Always amazed at how people can speak with such authority on subjects they know zero about.

“I have many legit reasons. Just because you don’t know them does not mean they don’t exist. Everything is not everybody’s business.”

Earlier this year, bassist Yseult reported that she felt Zombie’s debut album Hellbilly Deluxe was a “slap in the face” to her and guitarist Jay Yuenger.