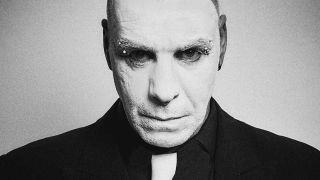 Rammstein have issued a statement to say that frontman Till Lindemann does not have coronavirus.

The move comes after widely-shared reports in German newspaper Bild claimed that the singer had tested positive for the virus. Rammstein do confirm, however, that Lindemann was admitted to hospital yesterday.

In a short statement on Facebook, the band say, "Yesterday evening Till Lindemann was admitted to a hospital on the band’s doctor’s advice. He spent the night in intensive care but has been moved as he is feeling better. Till has tested negative for the coronavirus."

Due to the COVID-19 outbreak and restrictions ushered in by the Russian and Tatar authorities, the last three dates of Lindemann's Russian tour in Perm, Kazan and Voronez were cancelled last week. The band and promoters have promised to ensure that the shows happen at a later date.

Rammstein's summer dates in Europe and North America are still scheduled to go ahead.